At first, I could not believe what I was seeing. But it was there. A Grunge poll asked who the worst singer in Crosby, Stills, & Nash.

That's right. Three singers whose harmonies remain among the best ever recorded, and roughly 600 readers responded. The site does not even give an exact number.  Hmmm. I wonder how much of the music they actually listened to. I have heard most of what they have recorded and even saw them during their acoustic tour in 1991.

How many people will read this "Story" and really believe that Stephen Stills is the alleged worst singer?

Why I am surprised? Look at how many people refuse to be vaccinated against COVID-19. Some of the reasons would be laughable if it were not a matter of life and death. And not for them, but for me as well.

Enjoy the music, and let Grunge and those almost 600 people fade away,..... 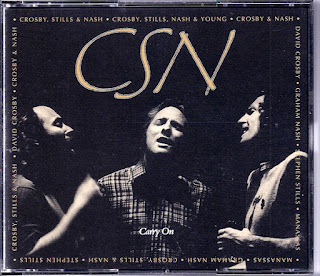