1 You are the newest a long line of people I know who excel in several artistic expressions. In your case, singer/songwriter, poet/writer. Which came first, music or writing?

This is a great question. Music definitely came first, as my mother used to sing to me regularly and my dad was a music enthusiast, so I was exposed to and listened to a lot of music from a young age, and I began playing the piano at age seven. My parents read to me every night as well and I had an interest in writing from a fairly young age. I remember working on my first “novel” when I was in fifth grade.

2. I read your blog post about your father. Tell a little bit about his influence on you here, please.

My father was a journalist and spent much of his career focusing on the arts and entertainment, reviewing concerts, and interviewing musicians. He had a great and eclectic taste in music and I grew up listening to a wide variety of jazz, folk and rock because of him.

3. Your music is very interesting and quite enjoyable. I like the way you transition from one musical genre to another and maintain the quality. How did you accomplish that?

Thank you! I play a number of instruments and because I listen to and appreciate so many types of music, I’ve gone through stages where I focused on a particular genre as a musician. Growing up I played western classical music, in my early twenties I mostly played jazz and blues, then got deeply into bluegrass and Americana and also sang with a Balkan choir in my thirties, so my interests have been all over the place. That has allowed me to jump around from instrument to instrument and genre to genre, sometimes blending them a bit into whatever sound I’m going for.

4. In songwriting, which comes first: text or music?

Sometimes I just hear a melody and go from there, but usually, the way I know that a song is a song and not a poem is when a line comes to me with a melody. I write poetry as well but when I hear a line with a melody, then I know it’s meant to be a song. So, they come at the same time if I’m songwriting, actually.

5. Who are some of your musical and literary influences?

That’s a big question because it’s quite varied. Some of my biggest literary influences include Dr. Oliver Sacks and Robert K. Massie. I love biographies and read more non-fiction than fiction these days. But I would also say writers like Amy Tan and Barbara Kingsolver have influenced me as I love a good family saga or character study.

6 You have a poetry book coming out with Finishing Line Press. There must be a lot you want to say about it.

I find it really interesting that my poetry has been accepted for publication more than anything else because I think of myself as a writer and songwriter, but not a poet. The poems are most often deeply personal and so it feels strange to put them out into the world, as opposed to fiction, for example. This coming chapbook features a lot of poems about my dad and my daughter, as well as my experience over the past six years of being a single mother.

7. Your “novel in the wings”: what can you share with us about it?

Ah, my ‘novel in the wings’ is a mystery novel. I had been working on a manuscript for years that I was stuck with, and I thought, I should write something fun and light and something that would move along and that I knew I could finish and do well, so I switched gears and spent a few years focused on that, and actually finished it, which feels great! Now I just need a publisher. Meanwhile, I’ve gone back to the novel on the back burner and still don’t quite know where to go with it, but it’s starting to take shape.

8 . For me the concept of “place” is very important in my writing, especially in poetry.  California is one of those places for me; you have lived there much longer than I have. How does “place” enter your creative work?

Place plays a really important role in my writing as well. My mystery novel is set in Santa Cruz, where I live, and many of my poems are ocean-centered. But all of my other fiction takes place in the Midwest where I spent my childhood. I love writing about old farmhouses in Wisconsin, for example.

9. We are both educators. What do you teach, where did you study, and how does it complement your music and writing?

I was trained as a Waldorf grades teacher, (in New Zealand initially, where I lived for a couple of years), and focused on remedial education for children struggling with reading, writing and math. I also spent many years teaching piano prior to that, and these days I’m teaching from home and doing all three of those things online. It’s not ideal, but it’s been interesting and doable from home while we’re all sheltered in place.

Thank you so much! The chapbook through Finishing Line Press doesn’t have a release date yet but will be out sometime in 2021. I have a website where links to my writing and music can be found, which is http://www.auroresibley.com, and I can be followed on Twitter   @auroresibley7 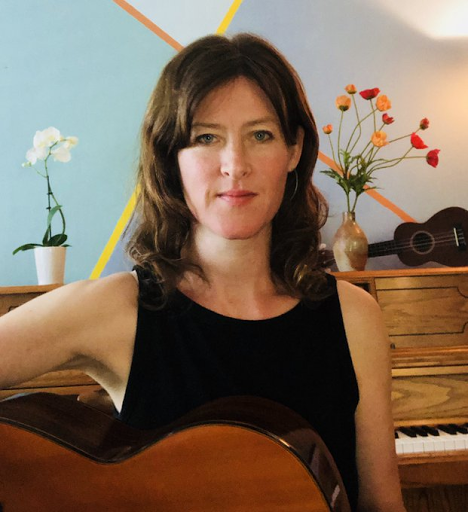 Interim Rector? What's That Doing in "The Botleys of Beaumont County"?

A lot of the story in the novel takes place in St. Clement's Episcopal Church. In the South, that was the denomination of prestig...